“We should be taught not to wait for inspiration to start a thing. Action always generates inspiration. Inspiration seldom generates action.” –Frank Tibolt

Ruth came to me because she wanted to take up exercise. She had previously been walking 2-3 times a week, but she wanted to start Zumba classes and take yoga and work out on cardio equipment at the gym. She didn’t have a weight problem, but she was in her 40’s and believed that it would be good for her to begin a regular exercise program.

As is my practice, I asked what she was would commit to doing in the one-week period between our coaching calls. She said, “I will work out 3 times this week.”

When she returned the following week, I said, “How did the exercise go?” She said, “I didn’t do it. I was tired a couple days and then my friends asked me to go out one night and another night I wanted to be at home with my kids.” 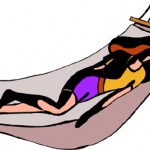 I followed up: “So what kept you from doing the exercise?”

“Well, other things came up.”

I said, “When you told me you would exercise, what did you want at that time?”

“I really wanted to exercise.”

“When the time came to exercise, I wanted to do something else.”

So I asked, “What made you choose not to exercise?”

“Ruth, if you could identify a place from which you made that choice where would you say you chose from?”

“I chose from how I felt at the time,” she said.

“Where else might you choose from if you weren’t choosing from how you felt about it?”

It was not easy, but Ruth began regular exercise. Once she stopped waiting for the same feeling of wanting to exercise that she had when she promised it, she freed herself up to decide from a place of commitment. She closed the gap between the Ruth who made the promise and the Ruth who carried out the promise. 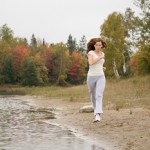 It is repeated across the board in my clients – we choose based on how we feel. When I speak to my coach, I feel inspired and motivated and I WANT to do it. Then comes the time to carry that out and I don’t WANT to do it. So I don’t.

I hear a lot about “motivation,” as if we can only take action if we FEEL motivated. It is empowering to discover there is no feeling required, but just a grounding in what we are committed to.

“Commitment means staying loyal to what you said you were going to do long after the mood you said it in has left you.” –seen on Facebook and seemingly anonymous

I work in the area of change.  Business coaching (most coaching really) is about getting something you do not already have.  So lately I've been...

END_OF_DOCUMENT_TOKEN_TO_BE_REPLACED

Sing it From the Rooftop

END_OF_DOCUMENT_TOKEN_TO_BE_REPLACED

I like to blog about what I am hearing each week from my clients. Lately I've been hearing a lot about "how do I get motivated?" This is not a new...