Below is a guest blog, from another attorney who I have the privilege of working with. Notice how insidious some habits are, how we might be doing them without even knowing it and how they get in the way of what we are after. Once you decide to change certain things, though, if you pay attention, it becomes clear where your habits are not supporting you.
_____________

Losing a Mean Sister but Gaining Self

I work to change my bad habits almost every day. I could write a self-help book about reading too many self-help books. Therapy, seminars and online groups support me every day. However, as my mean sister is quick to point out: My family is still waiting for the changes to kick in.

Responding to this criticism, I could despair that I’ll never make enough changes. Instead I have made up my mind to change one really bad habit: Listening to my mean sister.

This is no small feat. I am the youngest child of three siblings and I have been listening to her for almost 54 years. Her bad attitude likely forms a portion of “the voice” inside my head, critical, unsupportive and mean. In real time, she has always been there to chime in with a negative comment, creative name calling or snide remark. 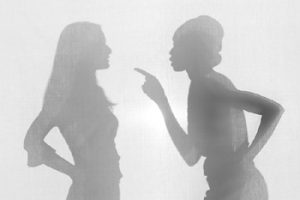 Overcoming the discouraging voice in my head is a main focus of my self-help work. Negative comments already bombard my self-esteem everyday. If this is one bad habit I am going to change, continuing to include my mean sister in my daily interactions is not a good plan for the future.

So instead I took action: I created a boundary and have not talked to my sister since Christmas. That may not seem difficult, but I have been talking to my sister almost every day, or at least a few times a week, for my entire life. Now I have the realization that this relationship only reinforces my role as a door mat and undermines my self-esteem In the past, I would talk to her, even though I was on the defensive during most of our conversations, dodging mean, cutting remarks about my life choices, my job, my children. I did this in support of my belief that a relationship with my sister was more important than me. It’s not.

So during one recent particularly rough interaction, my sister began to call me names and make totally false accusations against me. Armed with my new belief system, it dawned on me, clear as a bell, that this relationship is actually a choice. It suddenly hit me that my dipping to avoid mud and names being slung in my direction was just a bad habit. Habits are something I have changed my whole life and this one was no different. I took the step of leaving the situation and decided right there to create a healthy boundary where one did not exist previously.

The physical step of leaving the relationship and not engaging with my sister was the changed behavior that began the process of changing a bad habit. Good attitude and beliefs about myself have followed. Freeing myself from negative interactions with an unhealthy person, I firmly believe that I am worthy of being treated with kind words and respect. I do not deserve to be on the receiving end of that bad relationship.

The change began with me. My mean sister was always just in my head. Not that I could change her or she ever would change, but that I do not need to make that meanness part of my life. I took the step to walk away from a hurtful relationship and the belief that I am worthy of healthy interactions followed. 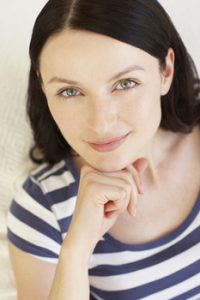 Sadness from losing my sister was an inevitable side product of this change. With time, I have come to understand that sadness is for the loss of an ideal, non-existent relationship that I always hoped would be my family life, including my sister. But stepping out of the bad habit of putting up with a mean person allowed me to see that I am not the cause of those lost hopes. I can only embrace the changes I know are good for me and my family and move on to better, healthier relationships. One self-help book concept, one therapy session or support group statement actually took hold. Here I have changed just one bad habit and I no longer have my mean sister in my head.
_______________

Interesting for me in reading this blog post is, Lisa made a decision. She decided to be kinder to herself, to not listen to that critical voice in her head (see http://www.mclarencoaching.com/what-stops-you/ for a series on the voice and the ways it hinders us in getting those outcomes we say we want). In making this decision and in committing to it, she discovered a habit that was getting in the way of this decision – the habit of listening to an outside critical voice. Here is a place for us to look this week. What insidious habits do you have, that may not be immediately apparent to you, that are getting in the way of your end goals? What outcomes have you declared that you have not been able to generate yet because of a habit that is in the way?

—Lisa Marie Fraas, Esq., CFLS has been practicing law (and reading self-help books) since she graduated from Rutger’s Law School in 1989. Fraas Mediation focuses on family law, mediation of disputes and estate planning with offices in Lake Tahoe, Reno and Roseville. (www.fraasmediation.com)

(Note: Scroll to the end of the blog to learn about our communication training offer ending Monday.) We (some of my clients and I) have been writing...

END_OF_DOCUMENT_TOKEN_TO_BE_REPLACED

Another guest blog from a beloved client.  Enjoy! Quitting smoking is easy...I’ve done it a million times. Yeah. That was me. That nasty, smelly,...

END_OF_DOCUMENT_TOKEN_TO_BE_REPLACED

How You See Yourself (Habit, part 7)

We have been talking about habits for awhile now. We have been addressing techniques for changing habits, building new habits, shedding old habits....