Excerpt from “Coaching for Attorneys: Improving Productivity and Achieving Balance”

Now that you have learned how to listen and reflect back, you are ready to go practice. But first let us alert you to a problem that arises in listening and will probably come up when you begin practicing reflective listening. The problem is this: We do not see or hear what is actually before us; instead we see and hear our own interpretations. Very little gets through our interpretation. As is stated in the Talmud, “We don’t see the world as it is; we see the world as we are.” When another person speaks, you hear your interpretation of what they are saying, as opposed to what they are actually saying or intending to convey. Learning to recognize your own interpretations and filters is a great way to start paying more attention to what is really being said, and less to what you think is being said. 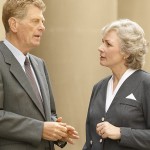 Ms. Jones is telling her associate, Bob Smith, about something that happened in one of his cases. Following is the type of feedback loop that occurs in most conversations when the parties are not tuned in and practicing effective listening:

Ms. Jones: Bob, the way this case was handled did not work out well for the client or for the firm.

[Bob Smith hears]: You are about to get fired. You really screwed up. [As a result of his interpretation, he says]: Well, you know it was really Sally who did the majority of work on the case.

[Ms. Jones hears]: This was not my fault and I am not going to take responsibility for it. [So she says]: Okay, I’ll go talk to Sally [thinking, “Bob is not reliable and willing to take ownership for what happens in his cases. That could be a problem.”]

How would this conversation be different if Ms. Jones and Bob Smith had training in how to listen?

Ms. Jones: Bob, the way this case was handled did not work out well for the client or for the firm.

Bob Smith: I am wondering, when you say it “did not work out well,” what do you mean?

Ms. Jones: You know, it just didn’t bring in the kind of money we were expecting and the client is disappointed about this as well.

Ms. Jones: That is true.

Bob Smith: I am curious what you think our next steps should be?

Notice in the second example, although Bob Smith might still have had some initial fear that he had made a mistake and that the firm and the client were mad at him, he set that aside and appeared to Ms. Jones as curious and collaborative. And the result was different than he expected. Also, there is a saying: “What we fear we create.” This is based on the principle that we interpret situations in such a way that we often see what we expect to see. In the first iteration of this conversation, Bob’s fear was that he had made a grave mistake. Because that fear was so strong, he interacted with Ms. Jones in a way that caused her to see him as irresponsible and not accountable for his results. His fear of getting fired actually led her in that direction. Had he been more curious, as in the second example, he might have found out that things were different than he feared.

If you like this blog, you can subscribe here to have my blog posts delivered directly to your inbox about twice a week:  http://www.mclarencoaching.com/blog

Or sign up for my newsletter (about every 6 weeks) and you will receive an exhaustive list of time management tips in return:  http://www.mclarencoaching.com/contact-us/newsletter-sign-up/

This is an exciting piece of news for me.  Here's the story and my learning is at the end: On my website, I have a tab called “Resources” where I...

END_OF_DOCUMENT_TOKEN_TO_BE_REPLACED

The Value Of Social Media When I wrote my book, Coaching for Attorneys: Improving Productivity and Achieving Balance, I was told that I should...

END_OF_DOCUMENT_TOKEN_TO_BE_REPLACED

What is Commitment? From “Coaching for Attorneys”

My book, Coaching for Attorneys: Improving Productivity and Achieving Balance, is not just for attorneys. This week I excerpt the book on an...