How to Change Other People

Surely this will be the most popular post I have ever written.  Because this is what we are after, isn’t it?  How to change other people?  I know you have been told you can’t change others.  I know you have heard it from the “experts,” like myself.  But maybe it’s not entirely true.  Consider the words of Stephen Covey:

There are two reasons for this. The first is that you see what you expect to see. If you have decided that a particular person is untrustworthy because he betrayed you once, you will start looking for untrustworthy behaviors. You will find them if you look hard enough.

A corollary to “you see what you expect to see” is “people like to be right.” Once you decide how something or someone is, you will work pretty hard to make sure that really is how they are.

The second reason people become like you treat them is on the other person’s side. People don’t have much reason to break out of the box you put them in.

If I tell my child that he is lazy with regard to his homework, he will have no reason to prove me wrong. This is where many people go wrong in their communication – believing that saying to another person “you are unreliable” will motivate them to be reliable. It does not. It instills what my mother calls, “a self-fulfilling prophesy.” You decide it is that way and so it is.

How to break out of this cycle (“change other people”)?

1. Become more curious about people. Become open to seeing them different than they are.

2. Consciously shift the way you see people. Look for what you want to see.

There is a great book called The Art of Possibility, by Zander and Zander. In the book, the authors offer many wonderful leadership principles. One of them is called “giving an A.” The concept is drawn from a school metaphor, where the teacher essentially gives the student an A at the beginning and then tells the student to prove why he deserves to keep it. Often he does, because the teacher sees that in him. It is powerful to have some one see you at A level before you prove it to them. 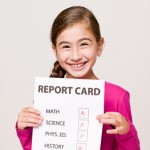 Studies were done on students who were randomly given either C’s or A’s. (I.e., the group of students was split into two and one half received A’s and the other C’s.) The A students did better on tests and excelled while the C students did worse. This was regardless of the type of students they had been before the grading experiment.  What do you think this means?

I am not suggesting that you ignore what is in front of you. But you may be surprised when you begin to look for what you want to see rather than just what is consistent with your already-formed beliefs about a person.

3. Point out behavior that is inconsistent with your belief.

If you find your secretary to be unmotivated, point out to her where she was self-starting and proactive. Look for it and say it to her. She will start to act the way you point out and you will start to see what you are looking for.

Speaking of learning what we see in others and why, as well as what others see in us, check out the McLaren Coaching communication workshop coming to Sacramento this summer:  http://www.mclarencoaching.com/coaching-for-businesses-and-corporations/workshops-and-trainings/

There is a wonderful book I read by a doctor named Bruce Lipton. We read it in our coach training.  It is called The Biology of Belief. On some...

END_OF_DOCUMENT_TOKEN_TO_BE_REPLACED

This week, one of my clients told me that when she goes in for a job interview, often they look at her as if they are surprised at her age. She,...

END_OF_DOCUMENT_TOKEN_TO_BE_REPLACED

Recently my coaching group decided to look at ways in which their beliefs were keeping them from having the businesses they want.  I said to them,...