The Voice. That stupid, wrong, incessant Voice. The one that tells me I’m not good enough, or smart enough, or talented enough. The one that tells me I’m not enough of this and I’m too much of that. I can never win with that one. And, the thing is, she’s wrong. She’s always wrong. I know that now. Knowing that she’s wrong doesn’t stop her, though. She’s a persistent one. But she’s not entirely useless.

When the Voice starts her chatter, that’s when I know I’m doing something important to me, it feels risky, and I’m scared. That’s the message I get now. Sometimes, I see it quickly. Sometimes, it takes a little longer, but I get there. I realize what’s really going on. It’s not that I can’t do the thing I’m thinking of doing. It’s not that I’m not good enough, or smart enough, or talented enough. It’s not that I’m not enough of this or too much of that. No, no, no. That’s not it at all. It’s that this thing is really important to me, I’m taking a risk, and I’m scared. That’s a good thing.

For me, the Voice is loudest and most persistent when I’m pursuing my art. You see, in addition to being a lawyer, I’m also a musician. I suffered from stage fright for about 20 years and didn’t sing in public at all during that time. Thanks to some encouragement from my musician friends, I’m back out there, but it has been a very slow process and I continue to take risks and be scared and do it anyway. That’s the key for me.

When the Voice begins to sow the seeds of doubt, I do it anyway. I close my eyes and jump. If I think about it too long, I tend to get stuck and the Voice gets louder and more persuasive. I’ve learned this. When something is really important to me and I’m scared to do it, sometimes I just have to jump in and see what happens. Sometimes it works smoothly and beautifully; other times, it’s a little messy. Recently, it was messy…

I’m very sensitive to the lack of female representation in music and I’m in a band with four men. I want us to be doing more music made famous by women, either as performers or writers. I’ve been making music with men for a long time now and, in the past, I would not speak up for what I wanted because I was afraid I would be belittled, dismissed, and ignored. That’s the Voice. So, of course, I didn’t get what I wanted in those bands, leaving me feeling belittled, dismissed, and ignored…because of my own silence. The Voice won. This time, though, I closed my eyes and jumped. It was messy and I thought I broke my band, but we talked it out over several days and we are stronger than ever as a team! We are more collaborative, more supportive of each other, and more flexible and willing to take risks as musicians together. Me: 1, Voice: 0.

I remember when I was a kid, going up on the high dive.  I would stand there and talk to myself about it for long periods of time and then I would turn around and go back down the ladder.  As Elise is saying, if you start to analyze it and talk to yourself about it, chances are you are going to back down.  Just jump. 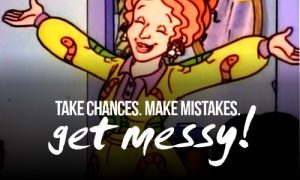 Discover the Secrets of Effective Communication

Do other people misunderstand YOU?

What would change if you learned to communicate effectively with different kinds of people? How would that affect your ability to manage well? Bring in new Clients? Communicate better in your family?

Join Cami McLaren in this upcoming seminar that will teach you how!

In Buddhist philosophy pain is inevitable, but suffering is optional. I have seen, coaching 100’s of people over the years, how this applies....

END_OF_DOCUMENT_TOKEN_TO_BE_REPLACED

The Voice, In Sum

“Change the voices in your head Make them like you instead.” --Pink, from “F**king Perfect” For the last couple months, I have been writing on this...

END_OF_DOCUMENT_TOKEN_TO_BE_REPLACED

Simply put, what we are doing in studying the voice is to find an unconscious and sabotaging behavior and make it conscious.  Once you make it...