Who would you call a “visionary?” Who stands out in your mind? For me, it’s people like Ghandi, Mandela and Martin Luther King. People who took the long view and could see the future and who were so clear on their vision that it gave them the passion and commitment to take bold action in the present and to continue taking bold action no matter the circumstances. These were people who were so clear on their vision that they were not derailed by a present that seemed to show their vision was not possible. Because they saw the vision of their future so clearly, they could not be thrown off track, no matter the present circumstance.

I was speaking with a client recently who is the new head of a mid-sized organization. He was brought into this position because the company was ready for new ideas. The company wanted to make a change. And he has vision. He is very familiar with the workings of this company and this industry and he has some great ideas.

The Board of Directors was very excited to hire him. He was excited to be given the opportunity. He stepped in with high ideals and the backing of the board.

From day 1 he was met with resistance from management. “That’s not how we do it around here,” they said. “That’s going to cause problems,” they said.

Day after day, he brought his new ideas to management and time after time they resisted him. “I could just fire them and clean house,” he said to me. “But I don’t feel that is the solution. They have the backing of the board just like I do.”

He expressed how very lonely it was to be in this position, between the board and management, working for change and being fought each step of the way.

“But you have implemented changes, have you not?” I asked. “Well, yes, there was that one thing.”

“Well, yes; now that you mention it, I got that policy pushed through.”

“What does it mean to be a visionary?” I asked.

“It means you have a vision of a new future.”

“And in your vision, does everyone who has been with the company for 10 or more years just walk along with you into the change?”

“And how long did you think it would take to implement your vision?”

“Well,” he said, “I honestly believed it would be quicker and easier than it’s been. I believed they would see how much these changes are needed and how much better our future would be. I think I am starting to convince some of them, but it’s a very slow process.”

“How did Ghandi make change?” I asked.

Join us in September for a 6 week book study that will leave you with a clear statement of your purpose – overall – and the ability to discern your purpose in any situation; that will help you become clear on purposefulness and how it can be used to direct you as one would use a rudder on a ship.

Become clear on the vision for your business and other areas of your life.

Learn to create a clear plan that will move you toward your vision and allow you to live your purpose.

The purpose-driven life is more fulfilling overall.  Learn how to connect to it.

Email Cami@mclarencoaching.com to register or with questions.  Click the link below for more info: 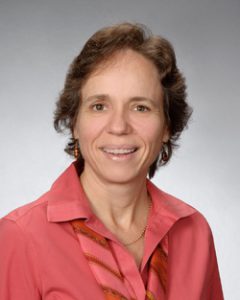 is the owner of McLaren Coaching. She has been coaching attorneys and management since early 2008. She wrote a book, published by the American Bar Association, "Coaching for Attorneys: Improving Productivity and Achieving Balance." She coaches attorneys and managers one-on-one, and provides in-house training designed to improve productivity and bring accountability to the organization. Is this a puzzle or is it a mystery? Don’t decide too soon! A puzzle is something solvable. It has one right answer. I love this definition of the verb “puzzle”: to “solve or understand something by thinking hard.” This makes me laugh. Hard thinking...

Want to learn to be an effective communicator? This video says it all. I know that when that other person tells you about their situation, you can see the problem. And that you can see (well, believe you can see) the solution. Plain as the... 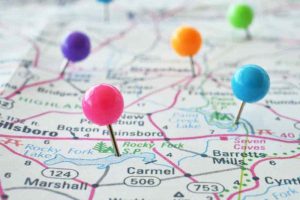 Endings and Beginnings I woke up on Monday, January 3, ready to go – the beginning of a New Year! We get very excited about the end of one year and the beginning of another; don’t we?!? Even though I personally do not believe this...

Quick quiz: What is coaching? Okay; too broad? Try this question: what is the purpose of coaching? Coaching brings awareness to the choices you make and the choices you have in order to get what you want in your business and your life. When you hire a professional...