How to Get What You Want

Q: How do you get what you want?
A: You ask!
____
Does this seem simple? Maybe I have oversimplified? It is true though that our comfort zones keep us from asking, often, when to ask would have been the thing that worked.

Why don’t we ask? Often we are embarrassed or we make up a story:

What is your story?  What is the thing that keeps you from asking for what  you want?

A couple weeks ago, I took my 17 year old son to the pound to look at puppies.  He found a beautiful pup that he wanted to take home.  We went into the play room and I watched them run around and the puppy twirl in the air.  So funny to see.  It was sweet to watch.  A few minutes later, one of the volunteers came in and said this:  “I looked in the computer and this puppy has a chip.  We have called the owners and they are coming back to redeem her.”

My son and I sat for a few minutes in silence as the woman took the puppy back to its cage.  Finally we looked at each other and I said, “Okay; let’s go home.”  We stood up and on the way out the door he said to me, “I’m going to ask them to double check.”

We went to the counter and he hesitated.  “Do you want to ask?” I asked him, and then I stood back.

His personality is not particularly outgoing.  He’s not shy, but he is calm and does not always speak up.  He said to the man behind the counter, “We saw this puppy and they told us that she is not available for adoption and I’m just wondering, would you look in the computer and double check for us?”

The man said yes and we stood there.  It was a process.  Finally, he looked up at us and said, “This puppy is available.”

We are getting her today.

And that is how it’s done. 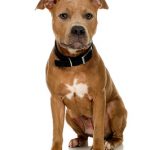 What does it mean to be a leader? In their book The Art of the Possibility, Rosamund and Benjamin Zander describe a concept that he calls “leading...

END_OF_DOCUMENT_TOKEN_TO_BE_REPLACED

Self-Care: The People in Your Head

Note:  In my ongoing series on COVID self-care (see Taking the Stairs and Now More Than Ever), I am addressing an element of self-care that is often...

END_OF_DOCUMENT_TOKEN_TO_BE_REPLACED

Friday was a good day. Living in Northern California, I have been waiting for clear air (or at least not “unhealthy” air) so I could go outside...